Experience the beautiful blue Danube and the stunning castles of Hungary, Austria and Slovakia on this Emerald Waterways Starship seven-night cruise through four countries that ends with two nights in Prague and escorted shore excursions in six cities.

9 nights aboard the luxurious Sky Starship by Emerald Waterways 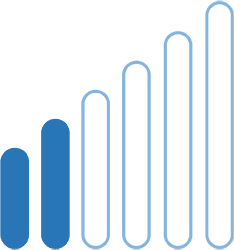 All onboard meals included

We depart Tucson on our overnight flight to Budapest, Hungary.

We transfer to our Emerald Waterways Star-Ship and have the afternoon free to explore Budapest. This evening, we join our fellow travelers for dinner onboard. Our Cruise Director will conduct a meeting to review the activities and itinerary for the days ahead. (D)

Explore Budapest’s cobbled medieval quarter, as you embark on a coach tour through the UNESCO World Heritage-listed city center. Your guide will highlight a number of architectural wonders from across the ages, enabling you to follow a journey from Budapest’s Roman beginnings to the addition of ornate Romanesque and Baroque architecture in the centuries that followed. If you are feeling more active, you may instead choose to hike to Buda Hill. The surrounding area has been rebuilt several times, most recently following the air raids of WWII. Some 18th-century Baroque houses still stand, best explored by foot along the medieval paths and alleyways in the area around Buda Castle. (B,L,D)

This morning, relax onboard as we sail into the capital of Slovakia. This graceful nation became an independent country in 1993, and since then, Bratislava has flourished as a new capital and made a name for itself as a cultural center. The romantic cobblestone lanes that weave through the city are explored with your local guide, as you enjoy a walking tour of the ancient town center, seeing the Slovak National Theater and a range of Gothic and Art Nouveau buildings. Alternatively, embark on a guided hike to Bratislava Castle, a landmark steeped in legends that looks as though it came from the pages of a fairytale book.

Welcome to Vienna, Austria’s capital and the capital of classical music. The city perfectly encapsulates the opulence of the Habsburg Monarchy and their ornate Baroque palaces. On the included city tour, see monuments and buildings of grandeur as the coach drives along the famous Ringstrasse. During the walking tour, stroll with your guide through the city center, a UNESCO World Heritage Site. Marvel at the classical architectural styles of the buildings, see St. Stephen’s Cathedral and the Hofburg Palace, right at the heart of the city center. If you are feeling more active, opt to explore on two wheels, cycling along the river to experience the city by bike. (B, L, D)

Effortlessly suspended in time, Dürnstein is a small, charming village nestled in the Wachau wine region. Enjoy free time to wander through the cobblestoned lanes of this enchanting village. Or, if you’re feeling energetic, join the hike up to the ruins of Dürnstein Castle which served as a prison to England’s Richard the Lionheart. Later this morning, sail through the UNESCO World Heritage-listed Wachau Valley, passing medieval villages, terraced vineyards and areas of natural beauty. Upon arrival in Melk, enjoy a guided tour of Melk Abbey, originally a lavish castle that was gifted to Benedictine monks during the 11th century. This opulent Baroque building is home to some of the most importantcollections of medieval manuscripts in the world. (B, L, D)

Today’s adventure takes you to the UNESCO World Heritage-listed town of Ceský Krumlov. With its 13th-century castle, meandering river, and a maze of quaint alleyways, this town has one of the best-preserved centers in Europe. Join your local guide to traverse a labyrinth of winding cobblestone lanes as you experience the charming atmosphere of Ceský Krumlov’s medieval buildings and iconic castle complex. During the excursion, visit the 15th-century St. VItus’ Church, a highlight of the town. (B, L, D)

Narrow cobblestone streets welcome you to Passau, a town nestled on the confluence of three of Europe’s main waterways. This important historic trading center borders Austria and Germany, and a distinctive blend of cultures can be found here. Your local guide will take you on a walking tour of the town, touching on its distinctive historic buildings. See the Baroque St. Stephen’s Cathedral with its ornate columns and arches and the Altes Rathaus, or Town Hall, a collection of eight historic patrician houses built between the 14th and 15th centuries. (B, L, D)

After breakfast, say goodbye to your Captain and crew as you disembark your ship and depart by motorcoach for Prague, Czech Republic. Upon arrival, you’ll have free time for lunch on your own before the included city tour highlighting the famous sites of this beautiful city. Following a brief panoramic drive, the heart of the city is discovered on foot. See the Old Town Square with its historic astronomical clock, and the medieval Charles Bridge. The tour concludes at the hotel with the evening at leisure. (B)

Your final day is left free of planned activities for your independent exploration of Prague. Or, if you choose, join the morning optional excursion to Terezin Concentration Camp. (B)

It’s time to bid ‘adieu’ to Prague and the beautiful Danube, returning home with wonderful memories of exceptional sights and experiences.(B)

*Price per person, including air from TUS, double occupancy.

Airfare TUS to Budapest to TUS/Prague (not including baggage & in-flight charges)
Roundtrip pickup/dropoff service
Transportation by deluxe motorcoach
Shipboard gratuities (not including optional activities)
7-night cruise with all meals on board
3 breakfasts
2 nights’ lodging at an excellent hotel
Baggage handling at hotel (for one piece)
All airport/hotel/cruise ship transfers
Complimentary wines, beer and soft drinks with onboard lunches & dinners
Complimentary bottled water in your stateroom
Complimentary WiFi onboard
Complimentary bicycles onboard for use ashore
All taxes and gratuities (except housekeeping)
Government fees & air taxes
Your PLEASUREBENT TOURS Escort (with 20 or more travelers)

We recommend that all travelers purchase a travel protection plan to help protect themselves and their trip investment. Travel protection plans can provide coverage for trip cancellation, trip interruption, emergency medical expenses and emergency evacuation/repatriation, trip delay, baggage delay, and more. For your convenience, we offer the following plan for this tour:

For your reference, we send to you a detailed itinerary approximately 3-4 weeks prior to the scheduled tour departure. This has day-by-day times and events, hotel information where you can be reached in case of an emergency, and airline information.

The times listed on the itinerary are all approximate. We cannot be held responsible for schedule changes due to unforeseen circumstances with the weather, transportation agents, highway conditions, hotels or contracting agents.

You will be issued your boarding pass the morning of our departure, after your arrival at the Tucson International Airport. If you have a frequent flyer number, or a TSA number, please call our office at least 3 days prior to the tour to ensure we can note these in your reservation. If you are joining the tour from locations other than Tucson, we make other arrangements for you to join the tour. Please call our office for more details.

Do not forget to bring your government issued picture ID to show at the airport. A passport is required for travel to France. If you do not have the proper ID, the airline will turn you away.

We have arranged for handling for one piece of luggage per person regarding the skycaps (where available) and hotels. If you check through luggage note that the maximum weight for the checked piece of luggage is 50 pounds and maximum size is 62 inches (length + width + height). If your bag weighs over 50 pounds the airlines will levy an extra fee that you will be responsible to pay. If you feel the need to lock your checked through luggage and your bag is searched, your lock could be damaged in the process. You can purchase a TSA (Transportation Security Administration) accepted and recognized lock at any luggage store. Make sure you ask for a TSA approved lock. These locks are the kind that TSA screeners can open by using a special tool without breaking. Passengers can carry-on 1 bag (dimensions are limited to 10x16x24 inches), plus a personal type bag, like a purse. We advise that you pack your carry-on lightly. There are restrictions regarding your carryon baggage and contents due to enhanced security measures. Attached find a list regarding commonly asked about items as well as an update. If you have further concerns, please visit the TSA's Web-site at www.tsa.gov. There is room inside the motorcoach for your hand carried bag.

On our airline for this tour, passengers may be assessed a $TBD fee per checked in bag, by the Airlines, upon checking in for the flight.

It is always a good idea to carry on your person a list of medications that you are taking and an emergency contact phone number while you are traveling. And we suggest making a copy of the itinerary and provide it to a friend or family member.

The traditional end-of-tour gratuity to your tour director is included. All hotel porterage and airport skycap (when available) fees are included. We also include the gratuities for the coach/livery drivers. Maid tips are not included.

For your convenience, we have a (round-tour) door-to-door pickup service with each multi-day tour. (This service is not available to all clients depending on your location.) Approximately 2 to 3 days prior to the departure date you will receive a call from our office and we will tell you your assigned pickup time. (These times can vary up to 15 minutes depending on traffic.)

Many hotels around the country have instituted a "reconditioning fee" of $300 or more that is levied upon a guest that smokes in a non-smoking room. If this occurs during our tour you will be responsible for paying this fee to the hotel prior to check-out.

We pay close attention to your requests but please realize that these are merely requests and cannot be guaranteed.

Pleasurebent Tours acts solely as an agent in arranging hotels, transportation, sightseeing, baggage-handling, and other services and does not assume any liability for injury, damage, loss or delay due to any act or default of any company or person. We, along with our subcontractors, reserve the right to make changes to an itinerary if it is necessary for the proper handling of a tour.

Please be sure to bring a warm sweater and/or rain/winter jacket, along with good walking shoes and a hat. There are no dress codes for the areas we take you on this tour, but we recommend dressing nicely for dining aboard the ship.

Inquire About This Tour

Submit your inquiry for more information about a tour. We will get back to you with a (human) response as soon as possible. During the week that’s usually within a couple of hours. Evenings and weekends may take us a little bit longer. Please note that this is an inquiry for tour bookings only and does not constitute or confirm a reservation on a tour.

If you aren't ready to inquire by email or would rather call and speak to a team member, we look forward to hearing from you.

We have plenty of tours to choose from, so take a look around!